After the party, Professor Li had a new mission in his life. Whenever he went to work in the City, he also checked up on Betty's activities. He wanted to find out what was going on so he could discuss it with Mrs. Li. But all of his checking up brought no good news. Many of the Chinese guests were interested in Betty. After all, they would be marrying an American citizen, and as the spouse of an American, they would have no trouble staying in America.

However, when any of them asked Betty for a date, she was always too busy. No movies. No parties. Oh sure, when she saw one of them in the cafeteria, she would sit down with them to eat her sandwich. But, never twice with the same person. Everyone knew that Betty would be graduating soon. But, no one knew where she did her studying. There was no sign that she was dating any male Chinese students, nor was there any evidence that she had fallen in love with one of them.

Li and his wife can do nothing. These are modern times. No longer can match-making be used to arrange for a girl's future. Shun Chin is out of the question. That was the custom still practiced in some parts of , where a family with an eligible son planned to eat dinner with a family with an eligible daughter. At the dinner, the offspring would be the ones who decided if they wanted to meet again.

There were still five unmarried daughters. The parents were getting as jumpy as ants walking on a hot wok.

One day soon after the party, Professor Li came home earlier than expected. Betty, who had come home that morning, heard his car and ran outside to greet him in the driveway.

"Good news. I have good news to tell you," the number two daughter Betty shouted before her father could get out of his car.

"Are you going to get married? Ah. You found a Chinese husband? That's why you are so happy!" Professor Li guessed.

Betty didn't hear her father and kept waving an envelope in front of her father's face, saying, "good news, Dad. The Medical School at the , is interested in me. They want me to come for an interview.”

"Oh, Very good, Interview means they want to talk to you," Professor Li knew that this interview would be a formality. His daughter was so pretty, so intelligent, and would speak so well that no interviewer would refuse to accept her.

"When do you go?" he asked, a hint of sentimentality in his voice and face. He knew that Betty's leaving this time would be like letting a bird out of a cage. The chance of her coming back to them was much less than it was when she left to go to school in .

"Then you had better get yourself ready," the father was sad at the thought of letting her go. Then he thought how painful it must be for his wife, as a mother, having to watch her babies grow up and leave home. He went inside the house and comforted his wife. After all, they had been holding hands for half a lifetime.

Just before dawn the next morning, Professor Li got up and looked out the window. There was Betty, carrying a big backpack, standing next to a large piece of luggage. Waiting with her were Mrs. Li and Diana, both keeping Betty company.

Professor Li threw on some clothes, ran down the stairs and outside. He wanted to say good-bye to Betty.

"Oh, we have to start early. If his car breaks down, we'll need extra time to fix it. Normally, it takes about two and a half days to drive straight through. But, we're going to allow half of our two-week school break to get out there. And then, he wants to show me around the area so I can get acquainted with everything."

From a distance, a clanging noise accompanied Betty's words. The noise hit Professor Li's ears, and It was a familiar sound. An old shabby broken-down Buick pulled up in front of the house. Professor Li's eyes have seen this configuration before. The car door opened, and a handsome, very healthy-looking, and lively young man jumped out.

Professor Li's brain searched through its memories. Yes. Yes. There stored the look of the faded blue pants and threadbare top! If this blonde, blue-eyed person was not Bill, the worker from the party, who else could it be?

Was it a dream? The Professor bit his lips. That hurt; it was not a dream. He blinked his eyes vigorously, again and again. No, it was no mirage. It was him!

Betty was only too happy to explain, "Oh Dad. It's Bill. You remember him. You paid him $60. He just graduated from the School of Medicine at . Now he’s going to be an intern at the University of California's Medical School in San Francisco. If I'm accepted there, then we'll be able to be together at last."

Professor Li saw bright points of light swimming in front of his eyes. It was apparent that he was feeling faint. Betty ran over to prop him up; Diana ran into the house for the cold water her mother told her to get. Bill rushed back to his car and returned almost immediately, pulling a stethoscope from a brand new black leather bag.

The first rays of morning sun peeked through the leafy branches of the trees flanking the Li house. Professor Li opened his eyes. Up close, very close, there were two crystal-clear blue eyes reflecting concern and confidence. White fingers, attached to a white hand on an arm with a rolled-up sleeve, held his wrist. As the ray of light touched the pale arm, each string of the blonde hair accentuated.

Professor Li glanced away and met Mrs. Li's eyes, which filled with anxiety. When did those fishtails appear at the outer corners of her eyes? How long had those threads of white been in her hair? 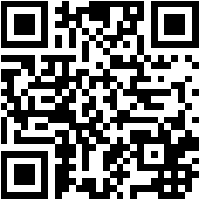