Precisely as the Professor expected, several medical schools accepted Betty. As expected, Betty selected the at the in , UCSF. With mixed feelings, Mr. and Mrs. Li went to Betty's graduation ceremony, accompanied by six daughters and one grand-daughter of diverse origins. Fortunately, Bill was working, so nothing worse marred the celebration than Mrs. Li's tears falling and Professor Li's tremendous sighs.

The day after graduation, Betty and Bill went to the City Hall in Glen Cove to complete the marriage license application. Every member of the family closed ranks, as tight as the bands on a wooden barrel, to keep Professor Li from finding out. It was a conspiracy of silence, designed to keep things quiet on the home front.

Betty had always been very special to Professor Li. When she was little, he would take her fishing and play ball. He treated her like a son he never had. Visions of Betty working in his Lab, following in his footsteps, had always been part of his dreams. Now, his fantasies would be burst like a child's soap bubbles.

It wasn't supposed to be this way in America. But this was almost like it was with the traditional Chinese families. They threw away the water in the bucket when their daughters got married because their daughters would never be back, literally becoming a part of their husbands' families.

Both Li's parents were sad and somewhat depressed that another daughter was gone from home. Fortunately, their oldest daughter Amy brought her female baby to visit them quite often.

After Betty left, the Professor's schedule returned to normal. Weekdays he traveled back and forth, Glen Cover to to . It was very tiring. Consequently, he liked to sleep late on the weekends until the sun was at least three poles high.

This Saturday, the sun crept through a tiny crack in the tightly-drawn drapes.

Persistently, the rays sought his eyes, determined to disturb his dreams. From the next room, the sounds of throbbing music came to beat on his eardrums. He had no choice. He had to get up, albeit slowly.

Sticking his head into the next room, he saw Number Five Daughter, Elaine, and her red-haired, freckle-faced friend Elsa lying side by side on the rug. The television and the stereo were both blasting, each delivering the highest number of decibels possible. The girls were listening intently, obviously enjoying what they were hearing.

From Daughter Number Four's room, one could hear that the abrupt, explosive sounds. "Hai! Hai! Hai!" Diana has decided that not only will she read all of the Kung Fu novels, watch all of their movies and videotapes, but she will also rehearse the Kung Fu routines using real knives and swords.

One can hear her reciting "In the most advanced stages of Kung Fu. Penetration of the defenses by your enemy's knife and sword is impossible. Hey! Hey! Hey!"

Professor Li stumbled towards the stairs and, using both hands to support himself on the railing. He walked down ever so slowly. His neck was stiff. He held his head awkwardly, as he was afraid that his brain would burst open.

He made it to the kitchen. There was Fran, sitting, reading. What was she reading? A trashy paperback novel, in English, no less. At the far end of the kitchen, Mrs. Li and her Number One Daughter were chatting. Amy's face flushed with anger, and obviously, her mother was trying to comfort her.

"Must be complaints about her Caucasian mother-in-law again," Professor Li thought, bored at the idea. From his wife, he learned that Amy doesn't get along that well with Anthony's mother. But, the Professor doesn't want to become involved with details as small as sesame seeds. Frequently he is tempted to tell Amy, "Look. I told you not to marry a foreigner." 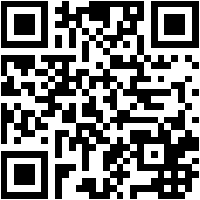